When someone asks me what my favourite cuisine is I usually reply “Oh well I love thai and italian. That’s too boring, isn’t it?”
However, recently my reply has become different. I’m increasingly turning to Japanese as my go-to dining choice as well as Saturday night take-in.

Why? I can’t quite put my finger on it. Perhaps its the cuisine’s fondness of pork. Or maybe it’s because I love the post-chow feeling where I don’t have that bloated feeling that comes from heavy, fried meals that many popular cuisines serve. Nonetheless, I’m on the Japanese train (so to speak) and I won’t be getting off anytime soon.

I recently dined at the relatively new Yayoi Japanese Teishoku restaurant in Sydney’s CBD and it cemented to me why I love Japanese. Yayoi has over 200 franchises in Japan,Singapore and Thailand with the Sydney store is the first to expand beyond these countries.

The term teishoku means set-menu dining. Big trays with small dishes that focus on a primary dish of meat, fish or noodles. I feasted on the Yozakura degustation menu which you can see here. I was offered to pair my meal with complementary sake including Hardy’s, Yoshinogawa Gensen Karakuchi, Tengumai Junmai and Ginkoubai all of which were paired to perfection.

To the uninitiated (such as myself), the decor of Yayoi’s doesn’t particularly scream Japanese. It’s fairly modern, with large windows, wooden tables and chairs without much oriental inspiration. Nonetheless, it didn’t matter because as I expected, the food was certainly quintessentially Japanese.

My partner as I dined on refreshing and light starters which was enough to quench our Japanese appetite. Then came a lovely sweet and juicy teriyaki salmon which was paired with a Hardy’s sake, quite dry and fruity. 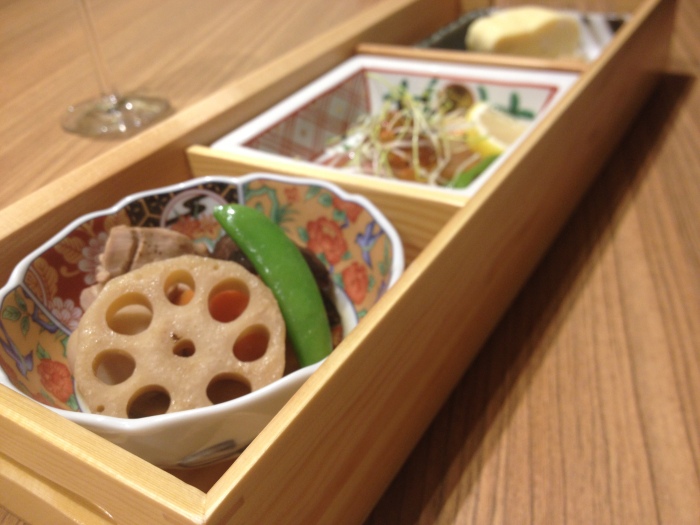 Next was the miso katsu, the pork being quite tangy but flavoursome and included a perfectly poached egg.

Next round was up to us to cook ourselves: the wagyu shabu-shabu with vegetables, tofu and shitaake. The marbled beef was wonderfully tender and the beauty of this dish is you are able to cook it exactly how you like.

We were then offered a taste of a new dish on the menu,  a fresh snapper with seaweed and lotus flower. It was quite salty and I’m not sure the flavours particularly blended but the chef said he was experimenting.

As a main I opted for wagyu with rice, miso soup and omelette which was very tasty but by this stage my stomach had taken just about as much as possible. You can also choose unagi gohan (eel). 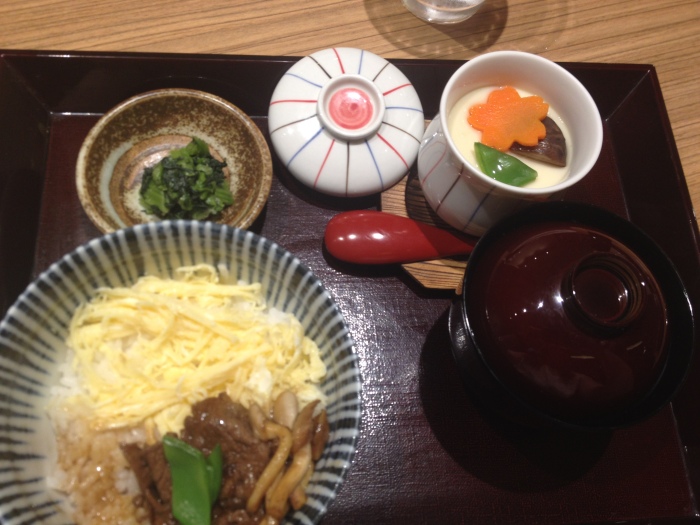 Dessert for me included matcha ice-cream (green tea ice-cream) which was a great refreshing finish on the palette, served with cream and fruit. You could also opt for the warabi jelly with redbean and chestnut. 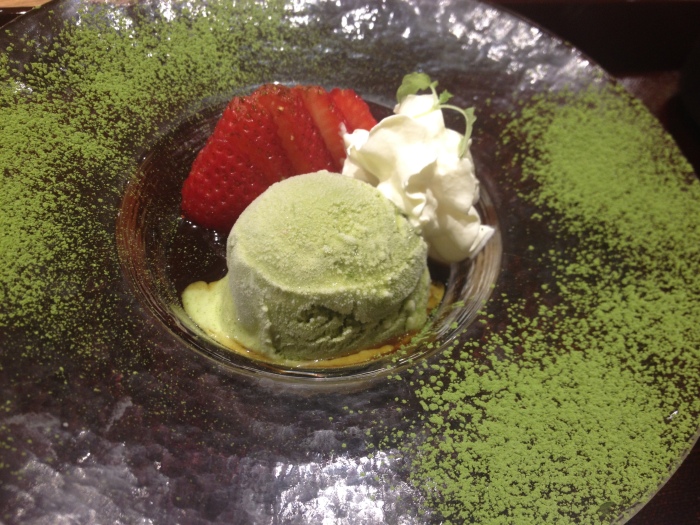 As Japanese fare goes, Yayoi’s is on my list of restaurants if you’re ever in the CBD. The degustation menu was $65 per person with plentiful food and a great variety. Whilst I won’t say it’s the best Japanese I’ve ever had, it is certainly worth the try.

They’re also presenting a New Year’s Eve degustation menu so if you’re fresh out of NYE ideas and want to try something new, definitely give it a go! Prime location for some post-food fireworks too! See the menu here

*Edibles and Travels dined as a guest of YAYOI*